This Order should be read in conjunction with Policy and Procedure manual (Arabic Language) of Aircraft Accident Investigation.

All Orders, advisory circulars and JCAA publications related to aircraft accident and incident notification, investigation and reporting, other than AAIU advisory circulars which their numbers refer to JCAR Part 2201, are hereby canceled.

All concerned parties shall comply with all requirements and procedures indicated above.

In 1947, State of Jordan had joined Chicago Convention of International Civil Aviation, thus, the State was obliged to comply with its articles and tried its best to conform to the Standard and Recommended Practices of the Convention Annexes. But, many conditions caused many obstructions to fulfill the sought compliance.

Following a series of accidents to Jordanian registered aircraft, the Jordanian Government realized the importance of establishing a specific legislation which led to the issuing of the Civil Aviation Law in 1980 which was re-issued in 1985 under the number 50, the duties of local authorities and the power of Civil Aviation Authorities when investigating Aircraft Accidents / Incidents.

In 1999, the Director General Civil Aviation established the Accident Investigation Unit. The Unit was instructed to re-issue this manual in order to be used as a reference by the investigators. 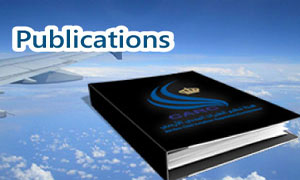