Q.7.Aircraft struck by lightning may sometimes get considerable damage and at least temporarily the manoeuvring of the aircraft will be made more difficult. Which one of the following statements is correct?
a- Aircraft made by composite material may get severe damage, the crew may be blinded and temporarily lose the hearing.
b- An aircraft made by metal has a certain capacity to attract a lightning, but the lightning will follow the surface and therefore no damage will be caused.
c- An aircraft has in the atmosphere the same qualities as a "Faradays cage", which means that struck of lightning seldom occurs. But if it happens, the result will be an occasional engine failure. The crew may get a shock.
d- Aircraft made by composite material can't conduct a lightning and will therefore very seldom be struck.

Q.8.Compare the following TAF and VOLMET reports for Nice:
TAF 240600Z 240716 VRB02KT CAVOK= 0920Z 13012KT 8000 SCT040CB BKN100 20/18 Q1015 TEMPO TS= ,What can be concluded from the differences between the two reports?
a- That the weather at Nice is clearly more volatile than the TAF could have predicted earlier in the morning
b- That the weather conditions at 0920 were actually predicted in the TAF
c- That the weather in Nice after 0920 is also likely to be as predicted in the TAF
d- That the VOLMET speaker has got his locations mixed up, because there is no way the latest VOLMET report could be so different from the TAF 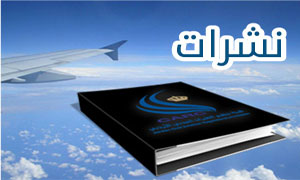